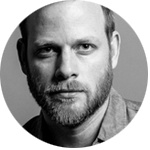 Adam’s second feature, I Smile Back, premiered in Dramatic Competition at the 2015 Sundance Film Festival, and was selected by the Toronto and Deauville film festivals. It features a Screen Actor’s Guild nominated performance by Sarah Silverman in her first dramatic leading role, and is distributed by Broad Green Pictures in North America.

Dare, Adam’s first feature, premiered in Dramatic Competition at the 2009 Sundance Film Festival. The 2005 short film on which the feature is based, also titled Dare, currently has 9.5 million views on YouTube and has spawned a new media sequel that is set up at Mashable Studios.