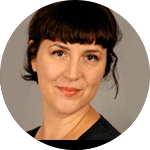 I hail from the charming hamlet of Merrick, Long Island. Growing up, TV was a big part of my life. I was obsessed with shows like Twin Peaks, The X Files, Northern Exposure, Quantum Leap, and Star Trek: The Next Generation, but I never dreamed that I would end up writing them. I was the performer of the family. I studied ballet at Juilliard, had the lead in all the school plays, went to England, got a degree in theater, and ran a burlesque cabaret. I didn’t consider writing as a profession till I was in my late 20’s. A screenwriter friend of mine suggested I try adapting a short story — he loaned me his copy of Final Draft and gave me a few specs to guide me — It was like falling in love, like finding a magical outlet for all the voices dancing around in my head, and being “classically trained” gave me a wealth of knowledge to draw upon. I focused on feature specs for the first few years, and it was around that time that I started getting into LOST. It had the best elements of all my favorite shows from when I was young — mystery, intrigue, conspiracy, magic, cliffhanger… Totally inspired by that show, and long form storytelling in general, I turned my attention to the small screen and haven’t looked back.

I have a thing for smart, complicated bad guys. Brother Justin Crowe (Carnivale,) Dexter Morgan, Gregory House. But my all time favorite is and will forever be Ben Linus on LOST. Ben was an expert liar and manipulator, smooth, smart and ruthless, but underneath it all was this hurt little kid who just wanted to be loved. His relationship with his daughter Alex, and his need for forgiveness from the castaways, put him in a class just shy of sociopath, which made his transgressions even harder to swallow. Every evil, malicious, murderous, stunt he pulled to get the attention of Jacob/The Island/God/Whatever, was perfectly infused with the spirit of the kid who hoped in vain that his dad would remember his birthday. Brilliant.