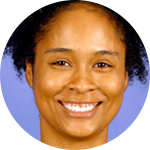 I grew up in Hayti, Missouri a small town with not much to do besides read or watch TV. I loved to watch shows like Star Trek (Next Generation and Deep Space Nine respectively), Dawson’s Creek and Buffy the Vampire Slayer. I developed a strong desire to control what I was seeing on television and as a kid, whenever I didn’t like what was going on in my favorite shows, I would make up stories that I wanted to see. I started writing them down eventually and once I discovered my love and talent for writing I knew I wanted to work in television.

Captain Benjamin Sisko from Star Trek: Deep Space Nine. Because he was a bad ass.