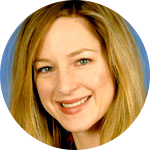 I grew up in London, Ontario, Canada (with a short stint in London, England). The characters inspired me to become a television writer. I love writing for characters who evolve: they make mistakes, fall in love, fail, succeed… all within the world of a show. It’s limitless! And unlike features, there’s no need to write “the end.”

It’s a close tie between Dexter Morgan and Buffy Summers. That might say a lot – perhaps too much – about me! I have to go with Buffy, because she is the perfect combination of strength and vulnerability; of intelligence and emotion. She kicked ass, looked cute, and literally and metaphorically fought the demons we all face growing up.