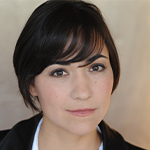 America Young currently works in Film, TV and Video Games as an award-winning Director and Stunt Coordinator.   She uses her love and extensive knowledge of action, genre and comedy to tell important stories hidden under the guise of entertainment.  Her first feature film, The Concessionaires Must Die!, executive produced by Stan Lee, premiered at the Palm Springs Film Festival and received distribution.  Her second feature is currently in post-production. She directed an animated Barbie series for Mattel that was featured on VICE and was lauded for being “woke” and a refreshing, inspiring new take on the character.  After completing the Warner Bros. Directors’ Workshop, she directed an episode of Blindspot (NBC).