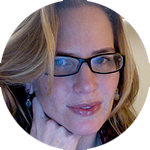 Annabelle Frost started her career as an acting student at Boston University, Northwestern University and NYU. Always interested in directing, she channeled her education into directing plays like No Exit, Moonchildren, and Beirut. She moved into film halfway through Northwestern and directed the short film Morocco and the music video Momma. A few years later, she attended the AFI, where she directed another award-winning short, Side Show.

After AFI, she joined the hit television show CSI, working for Producer/Director Richard J. Lewis. She shadowed him for seven episodes, and directed many of the insert shots with C camera. After her time on CSI, she transitioned to Post Production. She produced six pilots, and then made the leap to series on Gotham (FOX), where she currently is a Co-Producer. She continued to contribute as an Insert Director, and also directed a mini-scene for Episode 221.

Between Seasons 2 and 3, she directed a short film entitled G[r]o[w]ing Up that premiered at LA Shorts International and has made the festival circuit, garnering many awards. After completing the Warner Bros. Directors’ Workshop, Annabelle directed an episode of Gotham (FOX).