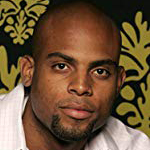 Aric Avelino is an award-winning filmmaker who has worked on television commercials, motion pictures, and music videos. His feature film directorial debut, American Gun, was featured at SXSW and the Toronto Film Festival and was nominated for three Film Independent Spirit Awards including “Best Feature Film”. He also directed Behind the Movement, a narrative film profiling Rosa Parks and the Montgomery Bus Boycott for TVOne.  Aric was selected as a fellow for the 2017 Sundance Institute Episodic Lab with his script Hope, AR and after completing the Warner Bros. Directors’ Workshop, directed an episode of Blindspot (NBC).