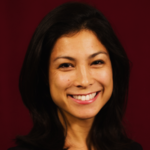 Originally from outside Chicago, Ashley Darnall is the daughter of two Japanese teachers, who taught her the value of embracing other cultures. Which is why, upon graduating from Northwestern University and falling for a boy, Ashley bought a one-way ticket to France and chased him across the world with no job or plan whatsoever. That love affair inevitably crashed and burned, but Ashley stayed in France, becoming a murder mystery writer for the social game Criminal Case. She worked her way up to Head Writer, while playing soccer in French leagues and traveling Europe. After three years, Ashley decided to return stateside to pursue a career in Hollywood. Since moving to Los Angeles, Ashley has worked as an assistant on Fox’s Sleepy Hollow and Netflix’s Iron Fist. Following the Workshop, she was brought on to write for a Warner Bros. VR project, and was staffed on Whiskey Cavalier (ABC).