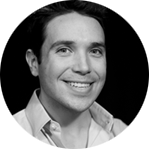 A Jersey native, television lover, and lifelong NY sports fanatic, Brian set out on the path to Hollywood by enrolling in Boston University’s School of Communications where he studied screenwriting under the instruction of Professor Kimberly Costello (Melrose Place, Gilmore Girls). In his final semester, he participated in the BU in LA internship program before graduating in 2009. He immediately returned to Los Angeles, ascended to story producer at Painless Television, and eventually landed a drama writing position in the 2015/16 Warner Bros. Writers’ Workshop. After successfully completing the Workshop, Brian was hired as a Staff Writer on Riverdale (CW).