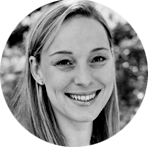 Brandi Bradburn is a film director, writer and editor with a background in features, one-hour episodic, documentary and short film. She is currently a picture editor on Grey’s Anatomy, following up four seasons on the one-hour episodic Hart of Dixie for the CW. She acted both as director and editor for the series. She also wrote and directed the psychological thriller short, ANTI_SOCIAL, currently making festival rounds.

While at Warner Brothers, she was awarded a fellowship for the inaugural year of the Warner Brothers Directing Workshop in 2013. Ms. Bradburn is a member of the Directors Guild of America, the Motion Picture Editors Guild, the Academy of Television Arts and Sciences, the Alliance of Women Directors and is also a member of America Cinema Editors where she earned an A.C.E. Internship following her completion of a Master of Fine Arts from the College of Motion Picture and Arts at Florida State University. Ms. Bradburn has also lent her talents toward teaching on occasion at several university film schools including UCLA, Chapman University and Florida State University.