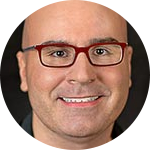 I’ve had the unique fortune of having grown up all over the country but spent my formative years in Chicago. As a latchkey kid, television was a constant presence in my youth but it wasn’t until college that I truly began to appreciate it as a medium. At its best, TV can have the intimacy of theatre and the epic scope of film – sometimes even in the same moment – and yet somehow feel more intimate and more monumental due to the wealth of material that precedes it and will follow it. The idea that we invite characters into our homes on a weekly basis – with no promise of a certain future – thoroughly fascinates me to this day.

While there are plenty of characters that have left permanent impressions on me, I’d be hard pressed not to say Omar Little from “The Wire.” After all, we’ve never seen an openly gay stick-up man who unapologetically targeted drug dealers and developed a reputation as an urban bogeyman before and I’d wager we probably won’t see again. In a show filled with endless shades of gray, it was downright comforting to meet a character that achieved an actual sense of unwavering morality, not to mention was part of the series’ most indelible moments.