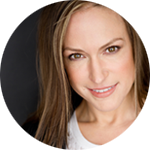 Hailing from a small village in New Brunswick, Canada, Emmy® award-winning writer/director, Cayman Grant, started her TV & filmmaking career about 12 years ago. Since then, she has written and directed several projects with one of them earning her the Sports Emmy® for her feature-length documentary, Playing For The Mob – as part of the highly acclaimed ESPN 30 for 30 Series. The film aired on the ESPN network in late 2014 to very high ratings and won the prestigious Audience Award at the 30th Annual Boston Film Festival.

Cayman’s projects have screened in over 85 film festivals worldwide and have earned her over 40 accolades and awards. She recently completed the Warner Bros Directing Program and is moving to direct more episodic TV.