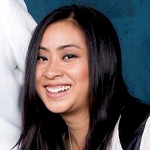 Charissa Sanjarernsuithikul is a director and television editor who has worked alongside showrunners such as Greg Berlanti, Kevin Williamson, Shonda Rhimes and Aaron Sorkin.  Her editing credits include The Following, The Catch and The Rookie.

In 2017, Charissa directed her debut short film Playing It Straight, which was an Official Selection of the 2018 Cinequest Film & VR Festival.  Later that year, Charissa directed LA Hustle for the AWD Shoot ‘Em Up Female Filmmaker Series that was an Official Selection of the 2019 Women’s Film Festival San Diego.  She was a Finalist in the 2018-2020 Disney ABC Directing Program and a participant in the 2018 Sony Pictures Television Diverse Directors Program.  After completing the Warner Bros. Directors’ Workshop, Charissa directed an episode of God Friended Me (CBS).