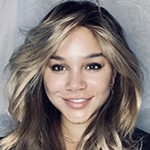 Where are you from and what inspired you to become a television writer?
I’m a Southern girl who attended boarding school in New England, college in New York, lived in Spain and Costa Rica, and who now resides happily in Southern California. I’ve been fortunate to have lived a life full of varied experiences and wildly wonderful people, and it’s informed my writing. I’m often cherry picking their personality traits, perspectives and idiosyncrasies and using that to breathe life into my characters, driving them to become multi-dimensional.
I’ve been passionate about television my entire life. All kinds of television: episodic, serialized, procedural, mini-series. Today, while entertainment as a whole can unify, no other current medium creates the sense of togetherness and social media frenzy as one great television episode. I’m absolutely thrilled to be a part of it!

What spec did you write to get into the Workshop?
The Americans

Who is your all time favorite television character and why?
Who can possibly choose just one? Thomas Shelby, Julia Sugarbaker, Raymond Reddington, Whitley Gilbert, Lady Mary Crawley, Mellie Grant, Tony Soprano (and pretty much the entire cast of The West Wing Season One).
What can I say, I love great TV. And yes, I’m clear that my favorite women are well-bred spitfires. I love the unexpected swirl of bulldozers disguised as powder puffs.
As for my favorite male characters, they’re marvelously complex anti-heroes who, in another time and space, we would probably despise; but few things are more captivating than watching deeply flawed characters delicately dance their way between duty and decency.