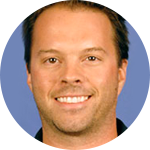 I grew up in Frankfort, Kentucky. When I was a kid, there was a movie theater in a mall behind my house. I used to walk there on weekends to watch whatever was showing. In high school, I got a job popping popcorn and selling candy at the same theater, and I got to watch everything for free. I loved getting lost in the larger-than-life stories on-screen. I was just as captivated by great TV shows. Eventually, I started writing scripts on yellow legal pads and shooting them on a Sony Handycam with my neighborhood friends. This passion for watching and creating stories-told-in-pictures made me want to be a TV writer.

Wonder Woman was pretty, had a lasso that made you tell the truth, and fought crime, so she was my favorite when I was five years old. Then it was cops like Hunter, and Crockett and Tubbs. In middle school, it was Kevin Arnold of The Wonder Years, a kid my age experiencing the same growing pains I was going through. As I got older, characters like Andy Sipowicz and Vic Mackey became new favorites, tough, fallen, complicated men fighting evil in a world where they’re not much different than the criminals they pursue.