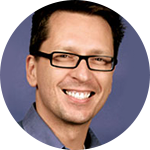 I was born and raised in the hills of northern Alabama. I’ve been a fan of serial storytelling ever since I was kid — not just TV, but also things like Jack Kirby comics and Doc Savage pulp fiction reprints. I even concocted insanely intricate week-long adventures for my battalion of G.I. Joes. The books are boxed up in storage, the action figures sold long ago at a yard sale … but I’m still addicted to TV and the stories it can tell.

TV has a rich pantheon of characters who mean the world to me: crime fighters like Jim Rockford and Jane Tennison, intergalactic heroes like James T. Kirk and John Sheridan, and noble leaders like Jed Bartlett and John Locke.

But one TV character I’ve always been fascinated with is actor Patrick McGoohan as Number 6 in “The Prisoner.” In his fight against a chilling totalitarian society, this rogue spy valued his freedom with a devotion that puzzled, enraged and ultimately defeated his opponents. At any time, he could have answered one simple question and ended his captivity. Instead, Number 6 stood his ground and, armed with only a strong will and wry sense of humor, faced down legions of armed guards, bureaucratic pod people and those creepy spherical Rovers.

In these often surreal morality plays, the multi-talented McGoohan was not just the protagonist but the creator too. (Imagine Rod Serling stepping into one of his own nightmarish stories instead of watching from the sidelines.) “The Prisoner” was a fierce brain-blast of creativity so far ahead of its time we may never catch up.