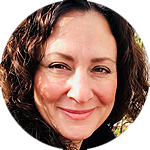 Claudia Yarmy is a 20+ year veteran of the entertainment industry. As a child of two television actors, Claudia is no stranger to the stage and set. She began her career as a Script Supervisor, working on various shows including Ray Donovan, Key & Peele, Scorpion, Training Day, Santa Clarita Diet, CSI, and CSI: Miami. Her years as a script supervisor provided Claudia a deep foundation in TV production. Working closely with multiple directors and actors exposed her to the technical demands of making a television episode – editing, sense of story, camera and communication with actors.

Claudia made the transition to directing when she was promoted to 2nd Unit Director on CSI: Miami. She has since directed on CSI (CBS) and after the Directors’ Workshop, completed her second and third episodes of Lucifer (FOX).