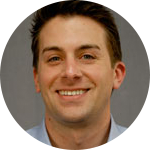 Where are you from and what made you want to write for TV?

I grew up outside of Chicago in a little town called Crystal Lake. We had a beautiful lake, nice parks, tons to do, but I spent most of my time coming up with excuses to hang out inside with my brother and watch TV. Even though my family has been scattered across the country for years now, we still talk every week about our favorite shows. How Jack Bauer chewed out some guy’s jugular with his hands tied behind his back, what the Lost island was (and exchanging notes on how to prove it), and what the hell was Carrie thinking on Homeland? The shared, social experience of television is what I’ve always loved most about it and as far as I can remember I’ve wanted to be one of the people that gets to spark the conversation.

What spec did you write to get into the workshop?

Who is your all time favorite TV character?

I’m torn between Jack Bauer (ultimate hero) and Walter White (ultimate anti-hero). Something about characters like Walt, Tony Soprano, and Ben Linus that travel on unlit paths and have murky motives end up sticking with me longer than the pure, honest do-gooders. I don’t think Walt’s fully aware of the path he’s on, but he has this incredible drive to make it to the end. He’s the ultimate train that wants to be a wreck and for some reason, I can’t look away. But, could Walt, Tony, or Ben kick a heroin addiction, escape a kidnapping, stop a virus outbreak, and murder his wife’s killer all in the same day? And, he had one of those days every 18 months! For his sheer endurance, I think I’ve gotta to go with Jack.