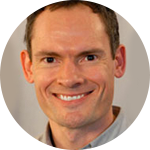 I come from a quiet, reserved Midwestern family. We moved from small-town Ohio to Atlanta, Georgia when I was eight, and suddenly it was like I was surrounded by storytellers. All my new southern friends seemed to have these crazy uncles and life-of-the-party aunts who could turn the most mundane event in their lives into an epic tale that would have you on the edge of your seat. And as I listened to those stories, a light bulb went off in my head, and I knew I wanted to learn how to captivate an audience the way they could. I got into theatre and became a playwright, and now am thrilled at the chance to tell stories with even longer arcs to an even bigger audience via television.

One of my all time favorites would have to be Al Swearengen from “Deadwood.” He’s the kingpin of a lawless town, but he has to perform near constant machinations and manipulations to stay that way. The brutal dance of his fight to stay in power is so unbelievably entertaining. His dialogue is gorgeous and poetic, despite being saturated with profanities. And Ian McShane’s performance is utterly mesmerizing. He calls to mind both a coiled snake, forever ready to strike, and a dinosaur burdened with the knowledge that he’s slowly going extinct. It kills me that we only got three seasons to watch his story play out.