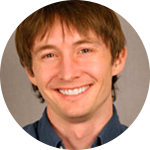 I’m from a small town in northern Minnesota called Brainerd. Growing up, television showed me a bigger world, with exciting characters and incredible stories. So, when I got a glimpse inside a comedy writers room, and realized it is by far the most fun job you could ever have – I was hooked.

There are a lot of classic characters I loved growing up, but I have to go with the one that makes me laugh the hardest – Jack Donaghy. Jack’s intelligence allows for really smart jokes. And his commanding presence makes his flaws, and the wacky things he says, both surprising and hilarious. Plus, he allows the show to say important things, and teach important lessons. Like “Never go with a hippie to a second location.”