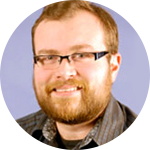 I hail from The Big D (Dallas, not a sequel to Laura Linney’s new show…) where I was home-schooled in a Jehova’s Witness household. Even from that early age, TV ruled my life. My entire school day revolved around my mother’s soap opera viewing schedule. My push to finally attend public school was driven by Saved By The Bell and a need to find my own Kelly Kapowski. When my father died, the emotional arc of Six Feet Under became my catharsis. Entourage lured me into moving to LA post-college while Sorkin & The West Wing sold me on writing for television as a career. I like Dexter too, but, I think I’ve finally learned how to separate art from life… just in the nick of time.

How I Met Your Mother

Honorable Mentions go to double-life leaders Don Draper and Tony Soprano, but Dexter Morgan takes the crown. With 70+ kills under his bloody belt, it would be nearly incomprehensible for us to identify with this anti-hero if we didn’t see a little of ourselves in him from time to time. Dexter does what we can’t, but sometimes want to: exact revenge, dole out justice and try to right the world. He just does it in a awfully gory way that we can’t condone legally or publicly except to keep tuning in as we do. He’s reeling from the consequences of his actions this season, but still, we want to see him prevail. We sympathize with his cause… If that answer starts to worry you about my mental state, you can just pretend I said Captain James T. Kirk; he was pretty kick-ass and charismatic, after all.