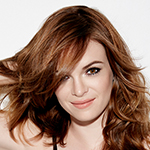 Danielle Panabaker began acting professionally when she was 16 years old, starring alongside Ed Harris and Helen Hunt in HBO’s Empire Falls. She then starred in Disney’s Sky High before playing James Woods’ daughter on the CBS legal drama Shark. Panabaker graduated from UCLA when she was 19 with a degree in English. After starring in a few horror films (Mr. Brooks, Friday the 13th), she returned to TV as Caitlin Snow in the hit CW show The Flash, where she also plays the anti-hero Killer Frost from the DC comic books. After completing the Warner Bros Directors’ Workshop, she directed an episode of The Flash (CW).