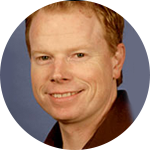 I grew up in Rancho Palos Verdes, just outside of Los Angeles. I’d say the show that inspired me early on was Picket Fences. The characters were quirky, the dialogue was sharp and the stories were frequently edgy and dark. I think it was also the first time I actually paid attention to the writing of a show, as I always loved Judge Bone’s summations.

Probably Vic Mackey from The Shield. A lying, thieving, philandering cop killer, whose own twisted code justified all and allowed him to see himself as one of the good guys. I’d call him a favorite because he was such a consistently compelling character to watch, whether I was rooting for or against him.