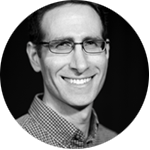 Hadi Nicholas Deeb was born and raised in Pittsburgh. After earning undergraduate and law degrees from Harvard, he practiced law for several years at a large firm in New York, most memorably by helping the new government of Iraq get back on its feet financially. In 2008, Hadi switched gears to earn a Ph.D. in linguistic anthropology from UCLA, where he wrote a dissertation titled “Remixing Authorship: Copyright and Capital in Hollywood’s New Media Age.” Another gear shift put him on the writer’s path, leading to the Warner Bros. Writers’ Workshop. Following the Workshop, Hadi was staffed on Blindspot (NBC).