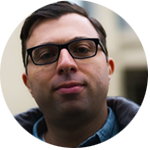 Harry Jierjian has been with Warner Bros. for the past decade, serving as a series editor on such hit TV shows as The Flash, Supergirl, Revolution, Gossip Girl and Cult. He has worked with many successful producers, including JJ Abrams, Rockne S. O’Bannon, Eric Kripke, Josh Schwartz and Stephanie Savage.

After joining the team at Berlanti, Harry worked with Director Mark Pellington, and Writer/Producer Martin Gero on the Pilot for NBC’s Blindspot, which became one of the biggest breakout hits of the 2015 TV season. Most recently he worked with Director Lee Toland Krieger and Writer/Producer Roberto Aguirre-Sacasa, leading the edit team for Berlanti TV’s Riverdale Pilot, based on the long running Archie comic books which will premiere this spring on the CW. Having been selected for the prestigious Warner Bros. Directors’ Workshop, Harry will make his television directorial debut this fall on the CW hit series, The Flash.