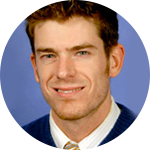 I was raised in a strangely-named town in upstate New York. Growing up, we didn’t have cable, and the only TV station our bunny-ears picked up was a re-broadcast of the Albany PBS affiliate via the nearby community college. Bereft of the televisional fare enjoyed by my classmates (Married with Children, Friends, The Simpsons, etc.), I eventually discovered that PBS showed reruns of old British comedies every Saturday night. Blackadder and Fawlty Towers quickly became favorites, but it wasn’t until I first saw Monty Python’s Flying Circus that I realized TV’s capacity for creativity, absurdity, and originality. I was hooked, and I knew exactly what I was supposed to do with myself.

I wrote two: Flight of the Conchords and The Office.

In my opinion, Basil Fawlty is the most despicable lead character to ever appear on a TV comedy. John Cleese turned in a legendary performance as the snarky, bigoted hotelier for whom no task was more repugnant than actually serving his guests. Like numerous comedic anti-heroes who followed (Michael Scott, Larry David, Dennis Reynolds, etc.), Basil was at his best when his selfishness and misanthropy landed him in terribly awkward entanglements of his own making. It was always enjoyable to watch him fire off razor-sharp insults and take pot-shots at his hapless staff, but it was even more fun to watch him get his inevitable comeuppance, as painful as it could sometimes be.