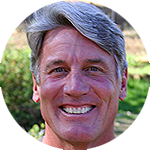 In his over 30 years in the entertainment industry, Jim Vickers has 2nd unit directed on network television, feature films, and award-winning shorts. He 2nd unit directed on 31 of 40 episodes for MGM Television’s She Spies. Shortly thereafter he embarked on what has been a 15-year relationship with Jerry Bruckheimer TV and CBS Studios, 2nd unit directing on many shows, including CSI: Miami, NUMB3RS, Scorpion, Lucifer and Training Day. Jim has received four Emmy nominations, winning for his directing work on CSI: Miami. In addition to his television credits, Jim has directed on numerous feature films, for which he has garnished many accolades, including the Taurus World Stunt Award for Best Action Sequence. After completing the Directors’ Workshop, Jim directed an episode of Lucifer (FOX).