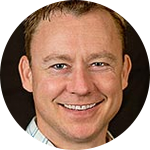 Born in Connecticut, I’m the youngest of five from an Italian-Irish family, but from two years old I was raised as an only child near the US/Mexico border. I was the only Anglo boy in my all Latino elementary, and that, coupled with being a latch-key kid to a single mother, meant I spent a lot of time alone with my imagination. I’d write lines for my stuffed animals and imaginary friend to recite to each other, and fell asleep most nights to the television. My favorite shows became family to me, and I watched so much that sometimes the storylines felt like actual memories of a life I’d lived in some other dimension. Later, when I learned of and finally met my family from two thousand miles away, I developed a fascination with the line between manufactured realities and truth – in short, the power of great storytelling.

As a kid it was The Six Million Dollar Man, Steve Austin. Honorable, kind, supernaturally strong, he was an every-day guy protecting everyone from everything bad. In my rebellious teens it was MASH’s Hawkeye Pierce. Hawkeye said everything we all feel but rarely have the guts to say. He fought an unjust system from the inside, protected from the ramifications of his disobedience by the fact that he was excellent at his work – the work of saving lives. And now it’s probably Tony Soprano. That rampage of conflicting emotions, he is a Dad wrestling inside and out with a family history and line of work he can’t escape, and the collision of it all with his own weaknesses, addictions, and conscience. We see the potential in him that he can’t see, and when he loses his battles to be a better person, we see our own struggles more clearly. I think the best characters help us explore the possibilities for our lives – the good and the ugly – and hold up a mirror that helps us aspire to something greater for ourselves.