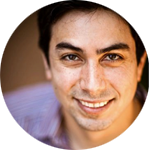 Jonathan London is a filmmaker, host and Editor in Chief of Geekscape.net, one of the web’s most prominent pop culture podcast and fan communities. He has also created content and appeared in programming for Crave Online, Ovation TV, Break.com, Metacafe and Machinima.com.

As a filmmaker, Jonathan has been writing and directing professionally for over a decade. His narrative film work includes the award winning comedic short Gay By Dawn, which has played over 80 film festivals worldwide and the TV/web series Singledom and When Ninjas Attack (Fox Television Studios). Currently, he is writing the comic books Miami Vice and Super Action Man for Lionforge Comics and is featured as a co-producer and a contributing writer/director on the feature zombie documentary Doc of the Dead (Epix) which premiered at the 2014 SXSW Film Festival. Jonathan is also Skype’s Sci-Fi Ambassador.