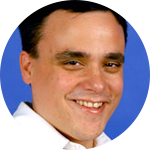 I grew up in Springfield, Missouri. I come from a background in fiction, and it wasn’t until Netflix came around that I began to realize the potential of television. The ability to gorge on a show for disc after disc allowed me to see how teevee, with its massive arcs and hours of conflict, could rival novels for storytelling and characterization.

Snoop Pearson, The Wire. Snoop, a drug-cartel killer who took on the toughest men in Baltimore, is the scariest woman in teevee history. Played by a real-life killer, Snoop was a gangster in the finest tradition of Donald Goines and Iceberg Slim. The mark of a great character is when you can picture how they’d react in almost any environment. Snoop could turn a trip to the hardware store into a Ghostface Killah song, and I’d have fun seeing her do anything.