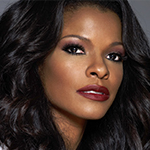 Keesha Sharp currently stars as Trish Murtaugh in the hit series Lethal Weapon on FOX. Previously, she starred as Dale Cochran, wife of Johnnie Cochran, in the FX limited series “The People V. O.J. Simpson: American Crime Story,” Gigi on the TBS comedy “Are We There Yet?,” in which she also made her directorial debut, and as Monica Charles Brooks on the hit CW series “Girlfriends”.  On the film front, Sharp most recently starred in “Marshall” and in Tyler Perry’s hit film “Why Did I Get Married?”. Since completing the Directors’ Workshop, Sharp has directed an episode of Lethal Weapon (FOX).