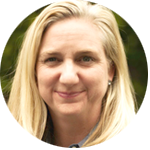 Kristin Windell graduated from University of Colorado, Boulder with a Bachelors Degree in Journalism. Her interest in being a filmmaker led her to Los Angeles where she landed her first job with movie icon Roger Corman. She has worked as lead editor on several television dramas including Alias (ABC), Brothers & Sisters (ABC) and Goliath (Amazon). She is currently an editor on Blindspot (NBC) after working three seasons on Arrow. Kristin recently completed the Warner Bros. Directors’ Workshop and is slated to direct Arrow this season.