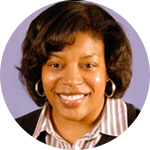 I was born and raised in Los Angeles and was obsessed with storytelling growing up. I loved it all books, plays, comic books and, of course, television. I watched an insane amount of TV, which mostly consisted of a steady diet of Saturday Morning and after school cartoons, endless Twilight Zone marathons over the holidays, and a myriad of old black & white movies on the classic film channels. In middle school, I was constantly getting in trouble with my teachers for passing notes in class. I’d write these cliffhanger stories full of wild and outrageous characters that would get passed around from kid to kid. My friends ate them up and always pestered me to write more, wanting to know what was going to happen next. Thinking up the next great adventure for these characters was when I fell in love with serialized storytelling. I didn’t know it then but being a troublemaker was the start of my television writing career.

Agent Fox Mulder from The X-Files. Mulder’s the perfect mixture of brains, wit, charm and passion. There were no lengths he wouldn’t go to in his quest for the truth. He was obsessive in an endlessly watchable way and his partnership with fellow agent Dana Scully is probably one of the most exciting, funny and moving pairings in television history. Mulder was always the smartest guy in the room, had the vision and insight to see what others missed and the wry humor and good sense not to take himself too seriously. He made being smart sexy. Close second would be President Laura Roslin from Battlestar Galactica. She’s an iron fist in a velvet glove beautiful, tough, smart and not afraid to play hardball with the big boys.