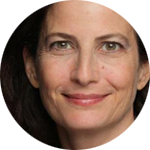 Laura Belsey has recently directed episodes of NCIS New Orleans, Criminal Minds, Unforgettable, andLaw & Order SVU. Prior to directing television, Belsey helmed hundreds of commercials and has won numerous international awards, including a Cannes Gold Lion. Her photography series “A Year in the Life of a Puddle” will be exhibited at the Sheen Art Center in New York City in January 2016. Born in New Orleans and raised in Switzerland, Belsey was a professional actor in her teens, and then came to New York to study film at NYU.