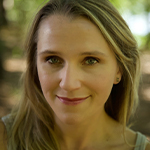 Lauren Petzke began her career as a musical theatre performer, but quickly found that her passion for telling stories from behind the camera outweighed being in front of it. She studied technical filmmaking from the trenches as a union Set Lighting Technician and Producer and Director’s assistant. She has directed four short films to date and has produced on the TV shows Legacies, The Originals, The Vampire Diaries, and Containment.  In addition, she handles writer staffing and assists with development for showrunner Julie Plec.  After completing the Warner Bros. Directors’ Workshop, Lauren directed an episode of Legacies (CW).