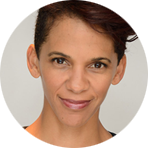 Marta Cunningham was awarded the prestigious Baker Scholarship at Georgetown University, where she studied English Literature. She is an actor turned filmmaker whose first feature Valentine Road was selected to compete in the U.S Documentary Competition at the 2013 Sundance Film Festival. The film premiered on HBO in October of 2013 and was nominated for two News and Documentary Emmy Awards. She consequently joined the Sundance Institute’s Film Forward Program and the Sundance Institute’s Women Filmmakers Initiative. She is developing her first narrative feature in their FilmTwo Initiative Program. In 2015 she was selected for the inaugural Fox Global Initiative Director’s Lab. Cunningham produced and directed a documentary short for Glamour Magazine focusing on the Charleston church shooting which screened at Carnegie Hall in October 2015. Out of the Warner Bros. Directors’ Workshop she directed an episode of Pretty Little Liars (Freeform) and most recently directed an episode of Transparent (Amazon).