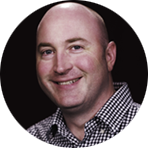 The son of a small-town Midwestern police chief, Matt Young grew up on a steady diet of comics, video games, and D&D, all of which still inform his work today. After moving to Orlando as a teen, Matt took up improv and sketch comedy, often doing ten comedy shows a week. After moving to L.A., he worked as a commercial actor, appearing in more than fifty national spots. He continued to write sketches and he tried his hand at sitcom specs, but it wasn’t until he wrote his first hourlong script that Matt knew he had found his passion. His original pilot Still secured Matt a spot in the inaugural Sundance Episodic Story Lab, and was presented as a live-reading event at the Microsoft Lounge. Recently, Matt wrote on Season 2 of the Alan Tudyk/Nathan Fillion-produced web series Con Man. When not working on a script, Matt spends time with his family, picks the banjo, plays nerdy board games, and performs in a weekly improv show at iO West in Hollywood. Following the Workshop, Matt was staffed on Blindspot (NBC).