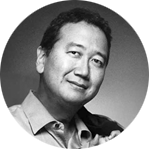 Michael Goi, ASC, ISC was born and raised in Chicago, where he established himself in the fields of documentaries and commercials. He has compiled over 70 narrative credits, including films for cinema and television screens such as American Horror Story, Glee, Salem and The Town That Dreaded Sundown. He has received Emmy® nominations for Glee, My Name Is Earl and American Horror Story.

He was nominated for the American Society of Cinematographers (ASC) Outstanding Achievement Award for the telefilms The Fixer and Judas and for the pilot The New Normal and the miniseries American Horror Story: Asylum. He also wrote and directed the dramatic feature film Megan Is Missing about the subject of internet predators and is currently adapting Toni Bentley’s best-selling book “The Surrender” to direct as a motion picture. Though serving as a director of photography for over 30 years on productions all over the world, he credits his collaborations with Ryan Murphy and Brad Falchuk on Glee, The New Normal pilot and American Horror Story for allowing him to fully realize his artistic visions and expand the boundaries of television cinematography.