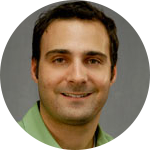 I hail from Pleasantville, New York.  (Yes, I grew up in black-and-white… just like the movie.)  As a kid, I loved creating worlds, be it by playing in my living room with Legos or in the backyard with a wooden light saber my dad made for me.  It was a dark day, indeed, when I learned no one would pay me to do these things for a living.  Fortunately, I soon discovered the next best thing: Writers make their own worlds.  As a writer, I could build a career creating and living in parallel universes, where light sabers are essential tools for daily living (unless you’re writing period drama – it’s hard to write a Mad Men spec with light sabers).  This realization coincided with a golden age of television drama (X-Files, ER, Buffy The Vampire Slayer, The Sopranos), shows that wedded the visceral impact of film with the narrative possibilities of novels, creating an art form all its own, one I’ve been committed to ever since.

I can’t pick a permanent all-time favorite TV character – I love different characters depending on the place I am in life.  Homer Simpson, Fox Mulder, and Tony Soprano have all had their reigns.  My current favorite is Walter White of Breaking Bad.  Walter started as a dark symbol for people who played by the rules and were cheated, then treated like suckers.  Walt then became a (really) dark metaphor for frustrated corporate drones everywhere who longed to strike out on their own.  Finally, he has become a (really, really) dark allegory for entrepreneurship and America’s fascination with start-up culture.  It’s riveting to watch Walt lie to everyone each week by figuring out each person’s weakness and which buttons to push for his lies to work, and nowhere is this truer than in the lies Walt must tell himself.