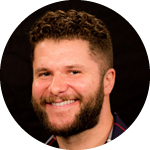 Where are you from and what inspired you to become a television writer?
I’m a television addict. And I’ve been one for as long as I can remember—dating all the way back to my days growing up in the San Francisco Bay Area. I split my time between two households, where I shared control of the TV remote with an extended-immediate family comprised of my dad, stepmom, my mom, her partner, and three siblings—my adopted older brother and two younger half-brothers.
From getting lost in the imaginative world of Saturday morning cartoons to mapping out my future plans for high school according to the guidelines laid out by Saved by the Bell to learning to find humor in life’s little moments from Seinfeld, it has become so increasingly clearer over the years that TV is actually my first true love. (Second one: Kelly Kapowski.) And my ability to transform those long hours spent in front of that magical glowing box into a career via writing for that very medium is—if nothing else—an amazing way to spite all those folks who claimed I was wasting my brain by watching so much of it.

What spec did you write to get into the Workshop?
The League

Who is your all time favorite television character and why?
Larry David’s character on Curb Your Enthusiasm. On Curb, Larry challenges the rituals of everyday American life directly through his unique unfiltered lens—offering sharp insight and raising issues with whatever daily practices he deems ridiculous. And even though his critiques aren’t always wrong—in theory at least—when it comes to acting on them in the company of other humans, boy oh boy does he handle things in all the wrong ways. The guy’s a veritable expert in digging his own grave. And what’s more fun than watching a person who’s attempting righteousness spiral into villainy—a victim of their own disastrous missteps and atrocious people skills?