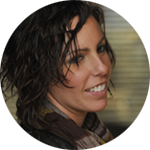 Nina Lopez-Corrado is a producer/director working in Los Angeles. A film graduate of Full Sail University, Lopez-Corrado has a vast knowledge and working experience in both independent and studio produced motion pictures as well as major network television. As a producer she has worked on well over 150 episodes of the CBS television show The Mentalist, where she has also served as the series primary second unit director.

Her directorial debut short film Mindfield, garnered Nina several awards. Additionally, Lopez-Corrado’s producing talents were put to work launching the directorial careers of Courteney Cox, Demi Moore, and Kate Hudson. Lopez-Corrado is a founding partner at Broken Toy Works Inc. After graduating from the Warner Brothers Directors Workshop, Lopez-Corrado directed an episode of CW’s Supernatural and has since directed on ABC Family’s Stitchers and The Mentalist.