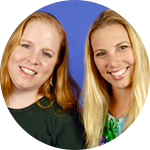 I grew up in Palos Verdes, California. I have always wanted to be a writer, I just didn’t know I wanted to be a television writer. Growing up, my parents were convinced television would “rot” our brains – but this only made me want to watch more TV. The only high school graduation present I asked for was a television, and in college I quickly caught up on the years of lost programming. I also began to study the craft of screenwriting at USC just as the new ‘golden age” of television begun, and soon it was no secret that the best writing in Hollywood was done for the small screen. What writer wouldn’t want to be a part of that?

Angela Chase of My So-Called Life. It’s a sentimental choice. She wasn’t terribly complex, she didn’t slay vampires or save the world from terrorists, but she was authentic. While nowadays my favorite dramas are high-concept genre shows, there will always be a place in my heart for Angela and the rebelliously low-concept teen world of My So-Called Life. I know I should be over it by now, but I’m still upset the show was canceled.