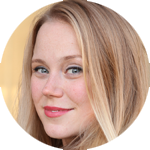 Pamela Romanowsky is a Brooklyn-based writer and director of short and long form content. Her first feature film The Adderall Diaries (James Franco, Ed Harris, Christian Slater) premiered at the 2016 Tribeca Film Festival and was released theatrically by A24. She has created branded content and commercials in narrative and documentary styles for diverse and passionate brands like Dove Chocolate, Refinery29 and Sotheby’s. Pamela has a passion for marrying nuanced and dynamic characters to a meaningfully stylish camera. She loves working with movie stars, young actors and non-actors equally.

Pamela has been awarded several fellowships for her work, including the Sundance Institute’s Screenwriting, Directing and Female Filmmaker fellowships, the Film Society of Lincoln Center’s Artist Academy, and the Ryan Murphy Half Foundation Directing fellowship. After completing the Warner Bros. Directors’ Workshop, she is slated to direct an episode of Riverdale (CW).