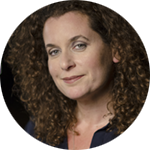 Born and raised in Southern California, Paula Hunziker obtained a Bachelors degree from Cal State University Long Beach Radio, TV & Film department. She pursued her love of filmmaking into her career as a Script Supervisor, working on many independent features and for the last 14 years in Episodic Television. Which landed her on many network hit shows including 8 seasons on 24 (Fox).

In December 2012, Paula co- wrote, produced and directed her 15-minute short film You & Me that screened at several festivals including the 2015 Idyllwild International Festival of Cinema in which her film brought home three awards. Paula has made her episodic directorial debut on the ABC Family hit show Pretty Little Liars.