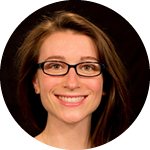 Where are you from and what inspired you to become a television writer?
I was born and raised in Los Angeles. Although my parents aren’t writers, they are obsessive storytellers. Dad specializes in puns, off-color jokes, and family lore, like “The time Uncle Murray broke up a Nazi rally armed with nothing but a tire iron!” Mom weaves cautionary tales of failed contraception and death by first-time drug use. Anything could be a saga. No one ever just went to the market. You went to the market where you were almost hit by a car; you were lucky to be alive! Even picture books were punched-up. My sister and I used to beg my father to perform his alternative rendition of Jamie Goes On An Airplane, where the titular toddler attacks his fellow travelers and commandeers the aircraft. (It was the ‘90s: toddler terrorists were funny.) I’ve always loved hearing and telling stories – first as an actor, then as a playwright, and now for television. TV allows millions to share in the same story. Think about all those people in their houses – people who will never meet – laughing at the same joke, rooting for the same character: it’s kind of wondrous.

What spec did you write to get into the Workshop?
Modern Family

Who is your all time favorite television character and why?
This is an impossible question. But at this very moment, if someone put a gun to my head, I’d say Peggy Olson. Then I’d also say very quickly: Saul Goodman, Crazy Eyes, and Phil Dunphy. I’d go on, but someone has a gun to my head. So why Peggy? Sure, she can be stiff; sometimes she can’t take a joke. But she’s always hustling and she genuinely loves what she does. Although both she and Don share a passion for the work, Peggy’s contribution often goes unnoticed. Is her life quietly tragic? Or has she figured it all out in a way that Betty and Joan never could? It’s both, of course; she’s a contradiction. She isn’t always likable, but she’s always human.