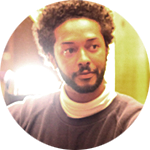 In 2010, Ryan produced the best horror nominated Action on Film International selection Excursion. He then directed Interrogation and AbsolutSin for which Ryan was accepted into Warner Bros inaugural Directing Workshop. Currently, Reels Pictures is in post-production on an Italian Western Il Ferito premiering in the fall of 2015. He is also prepping a web series and feature film while also being an assistant to executive producer Jessika Borsiczky for Showtime’s House of Lies.