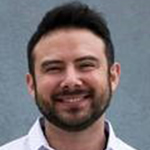 Ryan Zaragoza is a Los Angeles based writer/director from El Paso, TX. His latest film Bebé is currently available on HBO. Ryan is an alum of the HBO Access Directing Fellowship where he directed Sterling, a pilot presentation that premiered at SXSW. Ryan also completed the Ryan Murphy Half Initiative where he became a mentee of Brad Falchuk. Following the Warner Bros. Directors’ Workshop, Ryan directed an episode of All American (CW).