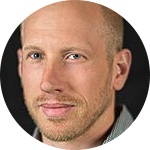 Growing up in and around Manchester, NH, the thought of writing for television never occurred to me. After flunking out of my first semester of college, it started to become clear that the TV industry wasn’t my only blind spot. I moved cross country to stay with a friend in Southern California for a little R&R/pre-quarterlife crisis, where I got involved in the rollerblading industry and was introduced to no-budget filmmaking.

As I shot and edited, I became interested in uncovering the stories and themes behind the skate footage. I didn’t just want my work to be pretty, I wanted it to speak. So, I bought myself a screenwriting program and spent the next three years writing a script so terrible that the software it was written with won’t even open the document anymore.

As I found my voice, I also found myself drawn to the empathic power of writing. Ultimately, I’m interested in making things that matter to me and to others. Television is the perfect medium to do this and I’m humbled to have the opportunity to contribute.

Captain Benjamin Franklin “Hawkeye” Pierce from M*A*S*H wasn’t an archetypal character. He depicted a complex human being trudging a difficult path through this world. An expert surgeon and liberal philosopher, Hawkeye put his own political beliefs aside to treat injured and dying soldiers during the Korean War. As a flawed protagonist, he also had his share of blind spots and vices. Despite his dire situation and personal contradictions, however, Hawkeye was a character who aspired to do the right thing. And for those who watched him each week, he inspired the same in us.