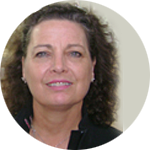 Shea E. Butler, born in Cairo, Egypt to American parents living abroad. She grew up in Connecticut and Pennsylvania, earning a BA in Literature from the University of Denver, and then an MA in TV and Film from San Diego State University. Shea has directed the award winning short film The Trial of Ben Barry starring Richard Roundtree and Lawrence Gilliard, Jr., co-directed a Rashomon-like independent film Brad’s Untitled Restaurant Project which was distributed on Vimeo VOD.

Shea is a member of the Writers Guild of America, IATSE 871 and the Television Academy of Arts & Sciences.