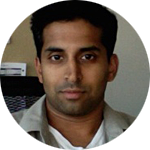 Since graduating from The University of North Carolina School of the Arts–School of Filmmaking, Sheelin Choksey has predominantly worked with The Shephard/Robin Co. under the direct tutelage of Michael M. Robin. Within several years, he not only began producing their hit TNT series The Closer, but found himself directing much of their 2nd unit photography. Sheelin’s natural ease with both the actors and camera quickly landed him multiple directing assignments in the last two seasons of the show.

Currently, he is producing and directing the fourth season of yet another hit Shephard/Robin series, Major Crimes. He’s credited with directing a number of the seminal episodes of this crime drama.